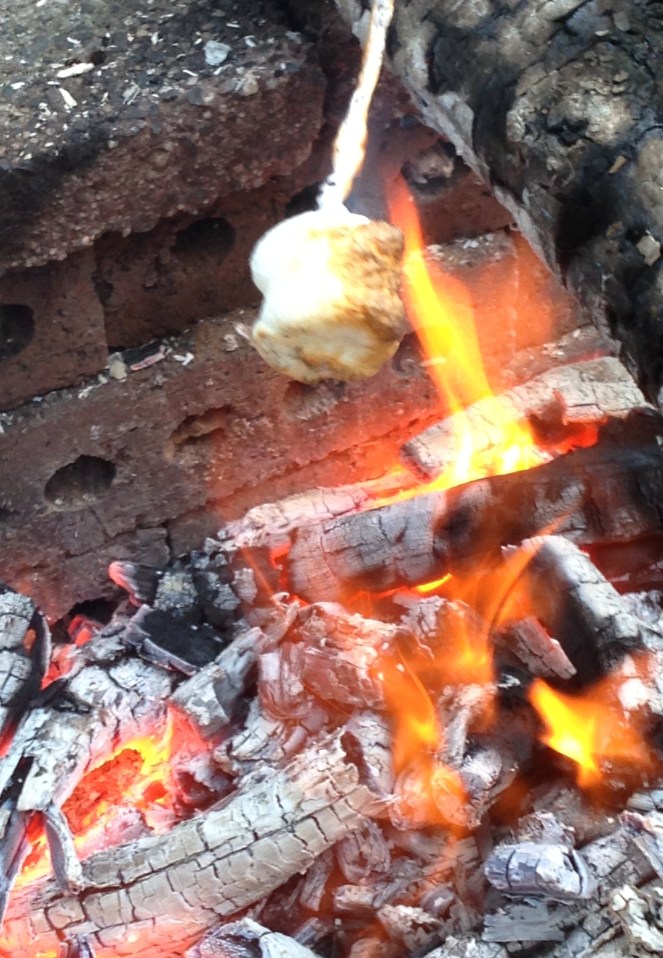 All puffy and golden on the outside, runny gooey and intoxicatingly sweet on the inside, who could pass up a marshmallow plucked straight from the toasting fork?

After adequate consumption of vegetables and accompanying protein, a marshmallow dessert was promised. This involved lighting a scout-laid fire (the responsibility of the resident 14-year-old) in our bespoke outdoor fireplace.

Should you have an oversupply of paving stones, house bricks and a sliced up fallen gum tree, you too have the makings of cookout facility such as ours. The only purchase required was for two grill plates and a packet of marshmallows. Money well spent.

As the night wore on, flames became radiant coals, and family conversation became – just that. Far nicer than a bowl of ice-cream in front of a screen.