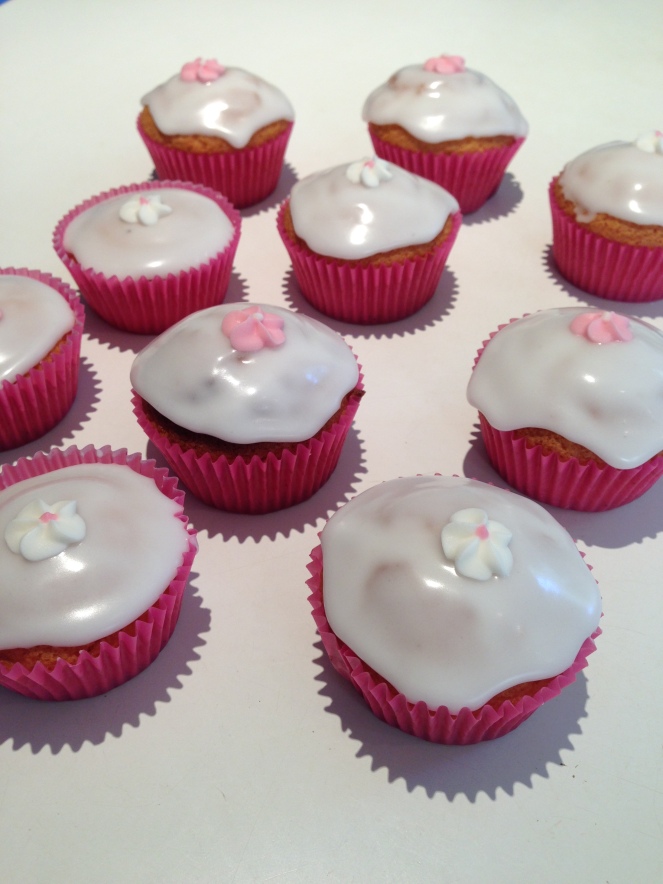 In a distant age the pterodactyl flew, the Brachiosaurus trod and (according to my children) I was a child. And it was back in those dawning days that we consumed little cakes. No party table was complete without a stand of these delicate little paper-cased delights, smoothed over with silky icing and decorated in a very understated fashion with silver balls or sprinkles. And to us all, they were affectionately known as patty cakes.

We did know of cupcakes. That was the equivalent term our US cousins used, and we heard it bandied about often enough as we consumed our generous diet of American TV and story-books. Despite this, we continued to refer to ours as patty cakes and not much more was said about the matter until recent days.

In a juggernautish manner, cupcakes have stormed our cake world. In a speed that would have impressed Darwin, this evolutionary process saw the little patty cake forced to extinction as the lavish buttercream topped, supersized baked phenomenon, was naturally selected by our gluttonous appetites and now solely inhabits our bakery counters and benchtops. With all of that colour, whip and magnificence, how could it have been otherwise?

I do think there is something to be said about a nice little cake with a cup of tea. Similarly, in a sea of sugar-laden party treats, a small cake leaves room to be tempted by other celebration table goodies. So I bake patty cakes.

If you’re of similar eon or simply enjoy smaller treats, a batch is not difficult to prepare. For your basic cake mixture, use the one from this blog post. If you like shiny, firm icing purchase pure icing sugar rather than soft icing mixture. Measure out 150 grams and sift it. Add water, one teaspoonful at a time, until a nice spreading consistency it reached – avoid runny. Spread the icing across the cooled cake tops, and give them a token decoration. With the recent cupcake frenzy, there are now masses of decorative items now at your disposal.

Postscript: There is  a small clue remaining, that the cupcake was once known to us as a patty – supermarket shelves across our land stock paper cases all clearly labelled – patty pans.